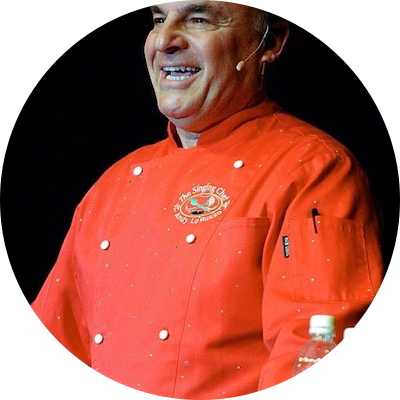 Andy LoRusso -- "The Singing Chef" -- is a best-selling author and cooking icon, thanks to the success and ongoing popularity of his timeless book, Sing and Cook Italian, and his unique cooking-cabaret shows. Since his childhood days in Newark, NJ, Andy has had a intrinsic gift for creating both music and food. He was extremely close with his large Sicilian family and recalls being in the kitchen as a child and watching his grandmother Grace cook. As soon as he was tall enough to reach the table, Andy was cooking meals for himself.
At the age of 22, Andy signed with Epic Records and recorded several popular jazz standards. Listen to The Singing Chef's first record: Side A - The Great Magic of Love and Side B - Dancing Master.
He later moved to California where he studied with world-renowned vocal coach, Giovanna d'Onofrio. Under Giovanna's tutelage, Andy studied all the arias and love songs of the great Italian composers. In 1991, Andy invented a way to combine his passion for music and food by cooking his family's best recipes to classic, beautiful love songs, and thus "The Singing Chef" was officially born!
In 2020 he released his long-awaited Home Style Premium Pasta sauces with the goal of giving back a portion of sales to the Dystonia-Foundation.org to help find a cure. 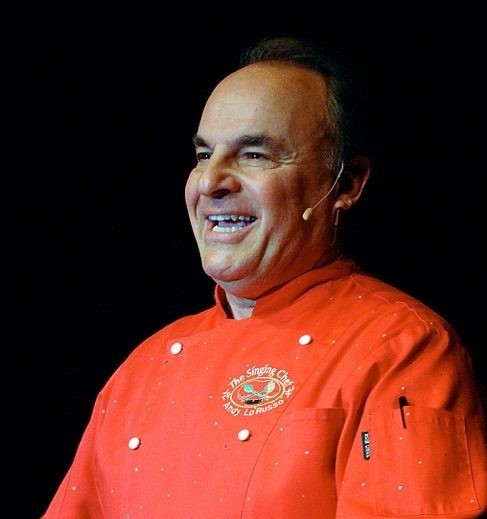 Part I Magic in The Kitchen with The Singing Chef™

Andy LoRusso is known all over the globe as The Singing Chef ™ and is a best selling author, recording artists Celebrity Chef and entertainer. He's performed and cooked for 1000s of people on stage in places all over the wor…